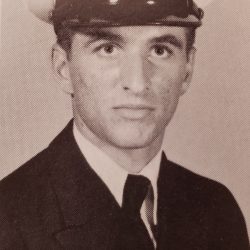 On Thursday, December 6. 2018, William Joseph Chopie III, loving husband and father of two, passed away at the age of 61.

Bill was born September 23, 1957 in Rome, New York to Bill and Rosemarie Chopie. He enlisted into the U.S. Navy in 1976 as an Aviation Electrician’s Mate, and retired as a Navy Chief in 1997. On September 4, 1982, he married the love of his life Holly Marie Mycek. They raised a daughter, Brandi and a son, Billy.

Bill had many adventures with his wife that included fishing, scuba diving, hiking, and camping. He always had a hobby to keep him busy, most currently shooting pool at the Suwannee River APA, and making YOUTUBE DIY videos. He was a member of the Moose Lodge and VFW. He lived his life to his rules and made an impression on everyone who met him.

A short memorial will be held on Saturday, December 15, 2018 at Mt. Pleasant Baptist Church in Wellborn, FL at 1 P.M.