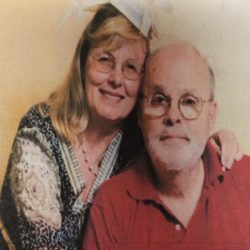 Sandra Lee O’Bryan Newell passed away unexpectedly on February 26, 2020, in Tallahassee, Florida. She was born on May 14, 1951, in Charleston, West Virginia, to Oma Bragg and Voy Travis O’Bryan, Summers County natives. With her parents, she moved to Fort White, Florida, in 1953. A graduate of Columbia High School, Class of 1969, she attended the University of Florida graduating with a bachelor’s degree in Library Science in 1973. After only a phone interview, she was hired to serve adult basic education classes across Bay County through the Panama City Public Library. After one year there, she was awarded a grant to Florida State University and received her Master’s Degree in 1975. She returned to the Panama City Library. Later she became Director of the Monticello Public Library and then the Thomasville, Georgia, Public Library. She returned to Florida as a Consultant with the Bureau of Library Development. For more than 20 years, she had been responsible for adult literacy and orientations for new public library directors. Recently, she was involved in developing a 5-year plan for growing adult literacy programs in Florida’s public libraries. She is survived by her sister Libby (Jim) Coffin of Munster, Indiana, and nephew, Chester (Tracey) Coffin of Oswego, Illinois, and a grandnephew and two grandnieces. Jack was born in Fair Hope, Alabama, on June 8, 1939, and died on November 30, 2019. He was preceded in death by his parents Ellis and Lillian Newell and his sister Jerry Nichols. He is survived by his niece Lillian (Derrick) Hanlon and his nephew Clifton (Audra) Nichols and grandnieces and grandnephews. During high school, he worked at the local movie theatre running the projector. After high school, he spent time in the Merchant Marines and attended Mississippi State for his bachelor’s degree. After moving to Florida, he received his master’s in instructional design at Florida State University. About the same time, he started teaching in the federal prison in Tallahassee. Many of the prisoners could not read so Jack researched adult education, particularly reading, and finally found his niche. Next, he became a one-on-one tutor at the Leon Public Library. Later, he was the literacy coordinator at the library. He was recognized by the Barbara Bush Foundation for Family Literacy at the White House. He was instrumental in starting Even Start and Migrant Even Start programs in Florida. Although Sandy and Jack worked in the same large Florida literacy circle for many years, they were only colleagues. That changed in the fall of 1984. Jack’s friend Tom, shared this memory, “We were at a coffee shop when Jack took his cup in two hands, developed his faraway look, hunched slightly, nodded slowly and said, ‘You know, I’ve kinda got my eye on this pretty librarian down on the coast. I think it is time to make my move, ‘ ” Jack and Sandy were married on March 24, 1985, at Wakulla State Park. Over the next 18 years, through their work, many Florida adults learned to read. The couple promoted the advancement of adult learners and adult and family literacy throughout the state. In 2003, Jack suffered a massive stroke, and Sandy took on another role as his caretaker as well as continuing her work with the state’s public libraries. Aphasia interfered with Jack’s communication, but not his love of life. It was ironic that a man of words had lost his words. On November 30, 2019, God was looking around and noticed that there were many angels who were not reading the memos he had sent out. Those angels would gather around Gabriel who patiently read the memo of the day. God asked Gabriel, “Why are you reading the memos each day? I send the memo to each of the angels.” Gabriel replied, “God, those are the angels who never learned to read on Earth. They still can’t read in Heaven so I read the memo to them.” During the next week, God thought about a solution. Each angel had a smart phone. “I could send an audio text each day. But how would that help the angels?” There is a huge library in Heaven, and God wanted everyone to use it. Everyone in Heaven needs to know how to read. He asked around, and one name kept popping up. JACK NEWELL of Tallahassee, Florida. The last few years had been hard for Jack. As an educator, words–and sharing his love of words–was his career–his life. However, that stroke had taken those words away. God knew Jack would be the one person who could help. That evening, November 30, 2019, God sent Gabriel on a mission to 573 Stone House Road, Tallahassee, Florida. Quietly, he went into the living room where he was met by Dally and Tula, the cats adopted by Sandy and Jack shortly after Jack got sick. Gabriel tapped Jack on the shoulder and told him of God’s plan. Jack was excited to be able to teach again. He had really missed the excitement of seeing both adults and children learn to read. He would miss Sandy and their times travelling to Boston, to San Diego, West Virginia, Washington DC, Seattle, Chicago–their picnics on the beach, attending conferences. He would miss seeing Lillian’s and Cliff’s children grow up. He would miss his friends. “Gabriel, I’m ready to go with you. I think I can help. I’ll watch over my family from Heaven.” In Heaven, Jack found that his job overwhelming, and he knew of only one person who could help–Sandy. On February 26, Gabriel, on behalf of God, offered a job to Sandy, and she accepted. Now, the angels who could not read are enjoying all those books in God’s library.
Memorial donations can be made to your local public library or to VALF (Volunteers for Adult Literacy in Florida). The funeral homes entrusted with Sandy and Jack were Culleys MeadowWood Funeral Home, Tallahassee, FL (Sandy) and ICS Cremation and Funeral Home, Lake City, Florida (Jack). Their cremains will be placed in the O’Bryan Cemetery in Summers County, West Virginia, and in the Gulf of Mexico.