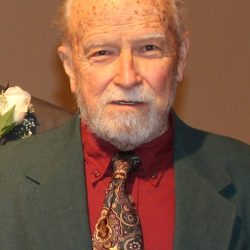 Bill A. Ansley
The family of Bill Ansley would like to acknowledge his passing on January 27, 2022. Bill was born in Miami, Florida on September 13, 1936. He was preceded in death by his partner of forty-two years, Lenore (Lee) Boucher, on October 8, 2021. Bill spent time in the air force as a young man, and eventually took his expertise to the police force. While serving as a deputy, he attended the University of Miami and was an avid fan. He spent 28 years with the Miami Dade Police Department. Bill was a dedicated lieutenant and an even more dedicated father and grandfather. Bill was immensely proud of his children, and grandchildren. Bill and Lenore went on many adventures. They ran an Inn together in Spruce Pine, North Carolina for over 10 years. Bill never met a stranger and enjoyed having conversation with anyone he met. Bill, as well as Lenore, will be greatly missed.